Blavatsky's Influence and the Blavatsky Revival 2/3 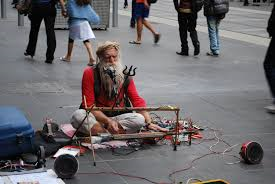 Theosophical History
Regarding the early theosophical movement, esoteric historian Joscelyn Godwin states that it “ is a complex story, involving many nations and characters, but they all revolve around Helena Petrovna Blavatsky (1831–1891), the prime mover of the Society and one of the most influential women of all time”. (“Blavatsky and the First Generation of Theosophy”, Handbook of the Theosophical Current, Leiden, Brill, 2013, p.15)
Religious historians Olav Hammer and Mikael Rothstein contend that: “ the formation of the Theosophical Society (henceforth abbreviated TS), and the main events linked to the fate of this organization, its key figure Helena Blavatsky (1831–1891), and her immediate successors also belong to the short list of pivotal chapters of religious history in the West...These facts place Theosophy and its multiple off-shoots as one of the modern world’s most important religious traditions.” (“Introduction”, Handbook of the Theosophical Current, Leiden, Brill, 2013, pp. 1-2)”.
Western Esotericism
There was a bit of a breakthrough academic work on Blavatsky, in the field of western esotericism, by Nicholas Goodrick-Clarke: "Widespread dissatisfaction with the hegemony of science in Western culture and its preoccupation with the concrete, the factual, and the substantive interacted with a lack of confidence in traditional Christianity, itself undermined by the very progress of scientific explanation. Theosophy, in the strict meaning of the movement founded by H.P. Blavatsky, addressed these concerns in a progressive way. Adapting contemporary scientific ideas to posit the idea of spiritual evolution through countless worlds and time-eras, Theosophy supplied dignity and purpose to man’s earthly life within a cosmic context. While spiritualism (a major movement from the mid-1950s) alleged survival after death, Theosophy located human destiny in an emanationist cosmology and anthropology that have their roots in both Neo-Platonism and Oriental religions." (Helena Blavatsky,  North Atlantic Books 2004, pp.1-2) 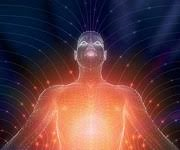 New Age / Alternative Spirituality
She is considered an important figure in the history of alternative spirituality: "...Helena Petrovna Blavatsky... is surely among the most original and perceptive minds of her time ... Buried in the sprawling bulk of her two major books ... there lies, in rudimentary form, the first philosophy of psychic and spiritual evolution to appear in the modern West ... With all criticisms weighed up against her, HPB stands forth as a seminal talent of our time ... Above all, she is among the modern world’s trailblazing psychologists of the visionary mind. At the same historical moment that Freud, Pavlov, and James had begun to formulate the secularized and materialist theory of mind that has so far dominated modern Western thought, HPB and her fellow Theosophists were rescuing from occult tradition and exotic religion a forgotten psychology of the superconscious and the extrasensory.  Madame Blavatsky may be credited with having set the style for modern occult literature." (Theodore Roszak, The Unfinished Animal: The Aquarian Frontier and the Evolution of Consciousness, New York, Harper and Row, 1975, pp. 118, 124-125).
"... Madame Blavatsky ... stands out as the fountainhead of modern occult thought, and was either the originator and/or popularizer of many of the ideas and terms which have a century later been assembled within the New Age Movement. The Theosophical Society, which she cofounded, has been the major advocate of occult philosophy in the West and the single most important avenue of Eastern teaching to the West." (J. Gordon Melton, Jerome Clark and Aidan A. Kelly, editors, New Age Almanac, Detroit, Michigan, Gale Research Inc., 1991, p. 16)
Comparative Religion / Perennialism / Traditionalism
Esoteric Historian James Santucci explains the value of the Blavatskian theosophical approach to perennialist comparative religion: “Although non-theosophists may not agree to the proposition of an underlying Wisdom-Religion, the comparative study of religion in a sympathetic and open manner is an idea whose time has already come, and this in part through the efforts and accomplishments of the Theosophical Society…following the inspiration of Madame Blavatsky and later leaders, that humans of whatever race, creed, sex, caste, or color are equal, that all ·the world religions contain the same essential message reflecting the Wisdom of the Ages, and that this Wisdom resides in all the nations of the world, reveal a cosmopolitan and universalism in the purist sense of the terms. (Theosophy and the Theosophical Society, London, Theosophical History Centre, 1985 - http://www.theohistory.org/THC/Theosophy%20and%20the%20Theosophical...)
Moreover, William Quinn, in his The Only Tradition, gives a solid overview of Blavatsky’s important contributions to perennialist comparative religion, noting that “Blavatsky was the prime mover in the creation of the Theosophical Society and consequently modern Theosophy as a restatement of theosophia via her published doctrinal corpus and commitment to the movement.” (SUNY Press, 1997, p. 104).
Interfaith Dialogue
Marcus Braybrooke, a historian of the interfaith movement, appreciates the theosophical contribution to inter-faith dialogue: “Theosophists can claim to have been amongst the first to suggest a unity of religions.The society insists that it is not offering a new system of thought, but merely underscoring certain universal concepts of God, nature and man that have been known to wise men in all ages and that may be found in the teachings of all the great religions. Emphasis is placed on mystical experience. A distinction is made between inner, or esoteric, and outer, or exoteric, teaching. It is said that all the historic world religions contain inner teaching which is essentially the same, despite external differences. This teaching is monistic in character, suggesting an underlying all-encompassing unity. (Pilgrimage of Hope: One Hundred Years of Global Interfaith Dialogue, Crossroad, 1992, p. 266)
Alternative Science
Religious historian Olav Hammer discusses Blavatsky’s influence in the area of alternative sciences in his comparison of her scientific writings with Fritjof Capra’s The Tao of Physics: “Presumably less familiar is the fact that the broad outlines of Capra’s views on science are structurally similar to arguments made by Blavatsky almost a century earlier…The similarity with Capra is nevertheless most clearly apparent in another major facet of her discussion: the claim that the modern physical sciences point to the same reality as Oriental or occultist beliefs. As Blavatsky puts it, “all comes to science from ancient notions, all is based on the conceptions of archaic nations” (Blavatsky 1888, vol. I:506–7). This modern and inclusive science is thus merely rediscovering what ancient sages already knew; insights that they expressed, for instance, through the cryptic symbolism that one finds in Indian scriptures. (“Theosophical Elements in New Age Religion”, Handbook of the Theosophical Current, Leiden, Brill, 2013, p. 250)
Atlantis and Ancient Civilisations
“The new religious movement that has spawned most speculation about lost civilisations is the Theosophical Society (founded 1875), especially as a result of teachings about the ancient and antediluvian civilisations of the Hyperboraeans, Lemurians, and Atlanteans, discussed in co-founder Helena Petrovna Blavatsky’s The Secret Doctrine (1888). ”. (Garry W. Trompf and Lauren Bernauer “Producing lost civilisations: Theosophical concepts” in Handbook of New Religions and Cultural Production, BRILL, 2012, p. 101-102)