Blavatsky Influence and the Blavatsky Revival 3/3

Feminism & Victorian Studies
The importance of Blavatsky and the early Theosophical Society in the feminist movement has been the subject of a ground-breaking study by Victorian Studies scholar Joy Dixon entitled Divine Feminine: Theosophy and Feminism in England (Baltimore: Johns Hopkins University Press, 2001). According to religious historian Siv Ellen Kraft: “Theosophy downplayed the importance of marriage, insisted upon the spiritual independence of women, included women on all levels of the organization, and – last but not least – upheld the theological authority of a woman. Theosophy offered the historically rare case of a male founder being overshadowed by his female counterpart, and the equally rare case of women having formal religious authority. Henry Steel Olcott was the first president of the TS, but there would have been no Theosophy without the fertile mind of his co-founder Helena Petrovna Blavatsky. (Theosophy, Gender and the “New Woman”, Handbook of the Theosophical Current, Leiden, Brill, 2013,p. 357) She notes that: “Blavatsky was clearly familiar with the writings of liberal Christian theologians in regard to “the woman’s question.” Like these theologians and other Theosophical feminists, she blamed Christianity and its male god for social corruption and the suppression of women. More specifically, she describes the suppression of women as typical of all religions, but as taken to the extreme by Christianity.(p. 368)
Social Causes
Kraft also notes that the early movement was involved with various socialist causes related to the feminist movement: “Several studies have described an overlap between these movements and also with Theosophy. Historian Diana Burfield, in an early article about Theosophy and gender, notes that Theosophical notions of brotherhood, sexual equality, progress, perfectibility, and tolerance were in harmony with socialist and feminist ideals (Burfield 1983: 35). There were “elective affinities between these groups, which were quite pronounced up to the First World War” (p. 359)
They were also concerned with food reform and animal welfare: “Theosophical interests in vegetarianism further strengthened the bonds to feminism and socialism. There is “plenty of evidence for vegetarianism within WFL [Women’s Freedom League] and the WSPU [Women’s Social and Political Union]” (Leneman 1997: 274). Many women in the latter group were also anti-vivisectionists (ibid: 277), and their ideological angle towards food reform and animal welfare overlapped with that of Theosophy, which promoted a “universal kinship” of living beings and a “practical desire to alleviate the wrongs of society” (ibid.: 282). Theosophists also tended to support social purity organizations, which in turn were supported by temperance workers, and overlapped extensively with women’s rights movements.” (p. 360)
Politics
Historian K. Paul Johnson observes that “Political activism in colonial India and Ceylon owed an immense debt to Theosophical influence. In the West, many social movements such as educational reform, women’s suffrage, and abolition of capital punishment were advanced by the efforts of early Theosophists. But in no field of endeavor has Theosophy’s influence been as great as in introducing Eastern religious ideas to the Western public.” (Initiates of Theosophical Masters, State University of New York Press, 1995, p. 113). Mohandas K. Gandhi met Blavatsky offered this reminiscence: “Theosophy is the teaching of Madame Blavatsky. It is Hinduism at its best. Theosophy is the Brotherhood of Man. … I recall having read … Madame Blavatsky’s Key to Theosophy. This book stimulated in me the desire to read books on Hinduism, and disabused me of the notion fostered by the missionaries that Hinduism was rife with superstition.” (An Autobiography, Boston, Beacon Press, 1957, p. 68.) According to Isaac Lubelsky: “there is no denying the contribution it made to India’s national movement. The history of the Theosophical Society is interwoven with modern Indian history – for a fairly short but significant period” (Celestial India, Madame Blavatsky and the Birth of Indian Nationalism, 2012. pp. 321-22)
Art, Music, Literature
Johnson continues: “ Blavatsky’s ideas inspired leading figures in the development of modern art, most notably Wassily Kandinsky and Piet Mondrian. Theosophical influence in literature affected the Irish Literary Renaissance, in which William Butler Yeats and AE (George Russell) were prominent” (p. 113).  Nobel Prize laureate William Butler Yeats knew Blavatsky and wrote the following reminiscences: ““I remember how careful she was that the young men about her should not overwork. … I overheard her saying to some rude stranger who had reproved me for talking too much, ‘no, no, he is very sensitive’. … [She was] humorous, unfanatical, and displaying always, it seemed, a mind that seemed to pass all others in her honesty.”(Memoirs, MacMillan, p.26)
In the world of music, the great Russian composer Alexander Scriabin was inspired by Blavatsky; according to Scriabin biographer Boris de Schloezer: “[Scriabin] felt greatly beholden to Mme. Blavatsky's Secret Doctrine in his own development; indeed he felt tremendous admiration for Mme. Blavatsky to the end of his life. He was particularly fascinated by her courage in essaying a grandiose synthesis and by the breadth and depth of her concepts, which he likened to the grandeur of Wagner's music dramas. . . . The theosophic vision of the world served as an incentive for his own work. "I will not discuss with you the truth of theosophy," he declared to [de Schloezer] in Moscow, "but I know that Mme. Blavatsky's ideas helped me in my work and gave me power to accomplish my task" (Scriabin: Artist and Mystic, University of California Press, 1987).
Science Fiction and Fantasy Literature
The big three of pulp fiction magazine Weird Tales and the Lovecraft Circle most popular works seem to be the most-theosophically influenced ones:“The starting point of our examination of fictions dealing with ‘lost worlds’as cultural productions drawing on Theosophical ideas is the publication of Weird Tales, an American horror and fantasy pulp fiction magazine of the 1920s, which was the vehicle for distributing the works of Howard Philips (H. P.) Lovecraft, Robert E. Howard, and Clark Ashton Smith. These were the three main contributors to Weird Tales evidencing Theosophical influences in their fiction”. (Garry W. Trompf and Lauren Bernauer “Producing lost civilisations: Theosophical concepts” in Handbook of New Religions and Cultural Production, BRILL, 2012, p. 113) 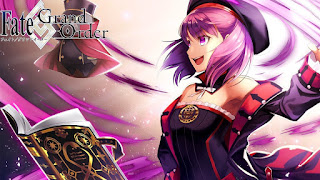 Some very popular video games have noticeable theosophical themes: “1996 saw the release of Eidos Interactive’s Tomb Raider, an action game that follows the adventures of British archaeologist Lara Croft…Blizzard Entertainment’s Warcraft franchise (comprised of Real Time Strategy Games, a Massively Multiplayer Online Game, and other media) also contains allusions to the Theosophical Atlantis.” (Garry W. Trompf and Lauren Bernauer “Producing lost civilisations: Theosophical concepts” in Handbook of New Religions and Cultural Production, BRILL, 2012, p. 122-23). Blavatsky appears as a manga/anime type character in the Fate/Grand Order role-playing mobile game. “The game is very popular in Japan and reports indicate that the level is comparable to the success of Pokémon Go. FGO is also gaining traction in other parts of the world such as in U.S. and Canada where it already surpassed 1 million downloads after its June 2017 Android release there.”(https://en.wikipedia.org/wiki/Fate/Grand_Order). Blavatsky is described as “a Caster-class Servant able to be summoned by Ritsuka Fujimaru in the Grand Orders of Fate/Grand Order” (http://typemoon.wikia.com/wiki/Caster_(Fate/Grand_Order_-_Blavatsky)
Overall impact
The influence of Blavatsky and the early theosophical movement is actually quite mind-blogging and, judging from the quantity and quality of recent important historical studies one could say that an ever-increasing understanding of this reality has been consolidating since the beginning of the new millennium. Astrologer Michael R. Meyer  observes: “The society’s revolutionary impact is central to any real understanding  of the fin de siècle, the gestation of Modernism, the ideology of the counter-culture of the 1960s and the late-twentieth century flowering of New Age and alternative spiritualities” (The Astrology of Relationships, Continuum, 2009, p. 229.)  In conclusion, the last forty years have witnessed a stunning turnaround in Blavatsky’s reputation and many people now agree that her contribution to and influence on modern spiritual thought has been important and considerable.