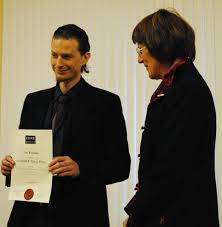 Congratulations to Tim Rudbøg for winning the 2015 ESSWE PhD Thesis Prize and he recently taught a university class on Blavatsky in 2017 called The New Spirituality and Modern Religious Crises: H. P. Blavatsky’s synthesis of ancient traditions and modern science. Below is an extract from his thesis.
PS - check out the program for the mega 2015 theosopalooza at Columbia University as part of the Enchanted Modernities project (Theosophy and the Arts: Texts and Contexts of Modern Enchantment):
https://www.york.ac.uk/history-of-art/newyork-theosophy-conference/resources/Conference%20Abstracts%20Booklet%20-%20July%2024%20-%20Final.pdf

Email ThisBlogThis!Share to TwitterShare to FacebookShare to Pinterest
Labels: academic