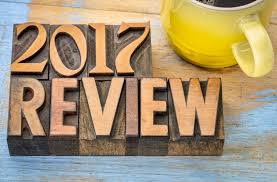 The first full year of Blavatsky News 2.0 has passed and so it is now time for our first annual review (coincidently, this is also our 50th post). However, we actually haven't covered much of 2017, the reason being that we decided to clean up and organize the rather sloppy, random, and very long posts that we were doing and this process took six months. Although still quite long, I think the shorter posts look better and there was no problem fitting them into specific topics, I`ve never found myself lacking material to fill out a post.

We could have moved on to material from 2017 sooner, it`s just that 2015 and 2016 were pretty big years, with many esoteric historians releasing books, the Enchanted Modernities project with various Museum expositions that brought Blavatsky to whole wider range of people, many events around Dharmapala's 150th anniversary, and so the Blavatsky revival showed no signs of slowing down and I thought it would be useful to record those years, for the family honor. I'm rather amazed at the diversity of topics that have come together, indicative of the wide range and depth of Blavatsky`s influence.

Perhaps we will catch up with 2017 quickly or we might not pursue the rather tight bi-weekly format we've been keeping, but rather adopt a more occasional, diversified approach, with more original written material since it is a little difficult keeping up with everything that is going on out there, hopefully we`ve managed to provide enough coverage to keep people interested, informed and entertained.

Despite last year's limited coverage so far, I'd like to also propose the news story of the year. Honorable mention would go to the indefatigable Daniel Caldwell, who released a book on the Coulomb-Hodgson affair, with the top story (which I haven't covered until now) being the return of Theosophical History, which had not appeared since 2014. 2017 saw the rapid-fire release of two double-size issues dated 2016 and a new issue for 2017.

Of particular note is Jeffrey Lavoie's work in presenting an important Blavatsky letter to Ralston Skinner from the Oxford archives. It is a very long 36-page comparative study of Hinduism and the Kabbalah. This type of erudite, original, strange, deep and surprising material is just the thing that makes Blavatsky such an interesting writer 125 years after her passing. Here's the contents for the Skinner issue: http://www.theohistory.org/Upcoming-issue/Contents_18-1.pdf
For $2.50 one can buy a PDF (with password) of that issue. Write the editor and he will explain how to do it: jsantucci@fullerton.edu

special thanks to Theosophy World News for thinking enough of our humble efforts to include some links in their coverage:
http://www.soehne-des-feuers.de/international-theosophy-news

ps - As mentioned, I'm not sure where to go with Blavatsky News - but I do have a disorganized backlog of blog drafts - and from that I would venture to say that 2017 was a pretty good year, with a goodly sum of interesting material, of which the following is a sneak preview of future post topics (what is apparent is that we still have an abundant flow of Blavatsky material, so we have the luxury of being selective about what we cover, so the following list will probably get pruned and refined somewhat): 1-modernism, 2-Gnosticism, 3-Nazism, 4-annie besant anniversary, 5-Hinduism & Buddhism, 6-art, 7-science,8- new age-alternative spirituality, 9-general & 10-various other stuff such as book reviews...
Posted by Mark Casady at 13:53

Email ThisBlogThis!Share to TwitterShare to FacebookShare to Pinterest
Labels: editorial