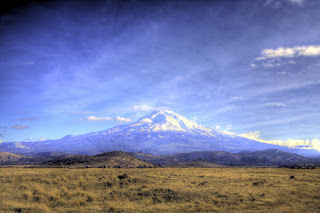 The Lost City of Lemuria, and Other  Reasons I Hate Reading Pynchon
Nina St-Pierre – March 14 2019

Lemuria was pure hypothesis, a 19th-century paleontologist’s explanation for how lemurs crossed from Madagascar into India. The discovery of modern plate tectonics put the theory to bed, but Lemuria’s legend has persisted for almost 200 years. After a brief period of reclamation by Tamil nationalists, who called the hypothetical continent Kumari Kandam, the charge of Lemuria as a peak civilization lost to sea was taken up by occultists and theosophists.
Like a game of telephone, authors built on the story of Lemuria. Madame Blavatsky’s esoteric cosmology posited the Lemurians as a “root race” in human evolution. Australian professor Robert Dixon theorized that Lemuria was a stand in for post-colonial British malaise. Finally, and this is what interested Pynchon, Lemuria was a continent sunken at vague coordinates in the Pacific Ocean. And then the Lemurians came to California.
Maybe the simple truth is that I can’t read Pynchon because I, too, want to keep believing. I want to believe that someone, somewhere, can explain in concrete terms the seekers of lost cities, the not-of-this-earth, those leaving behind broken histories and families, searching for a way to disappear and, in turn, find themselves. 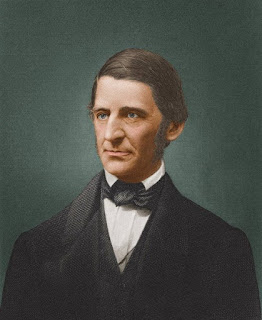 Blavatsky, Emerson and the Tree of Knowledge
Lewis Connelly - 8 April 2019
I would identify the author of this movement to be Madame Blavatsky, and I would identify her forerunner to be our very own Ralph Waldo Emerson. Moving from Emerson to Blavatsky – contemporaries of one another - there is undeniably, in my opinion, a thick line of influence….Madame Blavatsky then was at the helm of esotericism or occultism, or modern spirituality’s sudden rise to prominence. Theosophists themselves speculate that the reason for this sudden rise was on account of the hidden masters themselves, who perhaps convened in some clandestine fashion to orchestrate the emergence of this ancient truth, to aid humanity in our ongoing spiritual betterment. And who knows? I’m obviously a sceptic when it come to this stuff, but here I am talking about it, so, make of that what you will. It does resonate on some level as meaningful to me.
https://www.lewisconnolly.com/post/2019/4/8/blavatsky-emerson-and-the-tree-of-knowledge 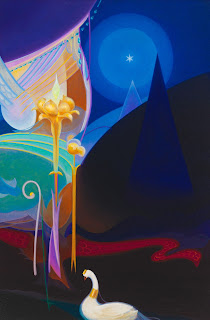 An Occult Art History of the American West

Fiffy Guyver – 12 September 2019
During the 19th century, the American frontier moved ever-westward. The so-called new territories quickly became rich sites for innovative forms of Western spirituality, which operated outside of organized religion. One such practice, Theosophy – established in New York in 1875 by occultist Helena P. Blavatsky – proved influential in the development of abstract painting and Western modernism more broadly. A new book, titled Enchanted Modernities: Theosophy, the Arts and the American West (2019), charts the religious movement’s influence on art history.
In 1938, in the small town of Taos, New Mexico, a number of artists formed the Transcendental Painting Group. Inspired by occult teachings, including theosophical literature, they conducted experiments in abstraction….One member of the group, Agnes Pelton, moved to the California desert in 1932, where she began to create surreal, luminous paintings. Among Pelton’s influences was Blavatsky’s core text, The Key to Theosophy (1889), and her works are suffused with occult symbolism.
he German artist, animator and filmmaker Oskar Fischinger is perhaps best-known for his pioneering contributions to abstract cinema: he collaborated with Fritz Lang on his 1929 film Woman in the Moon and influenced Walt Disney’s Fantasia (1940). Although not a member of the Transcendental Painting Group, Fischinger was particularly influenced by Theosophical ideas after moving to Hollywood in 1936.
https://frieze.com/article/occult-art-history-american-west