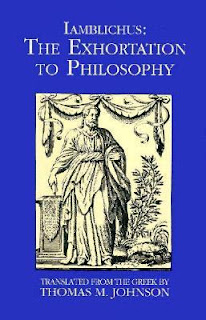 Following up our review of Letters to the Sage, Vol. 2, I thought it might be useful to present a brief summary of some of the writings of Alexander Wilder and Thomas Moore Johnson:
Wilder began editing reprints of works on ancient religious symbolism for publisher James W Bouton,. (ca 1831-1902) just around the time the Theosophical Society was forming. Blavatsky was interested in the vogue for this type of literature and wanted to present a more spiritual interpretation, so there was a common interest between her and Wilder. It was therefore logical for Bouton to have Wilder work on Isis Unveiled. She would refer to these types of works extensively, starting with Isis Unveiled.


Wilder and Bouton were early champions of the great neoplatonic scholar, Thomas Taylor with a reprint of his classic Eleusinian and Bacchic Mysteries in 1876. Blavatsky appreciated Wilder’s platonic knowledge and jumped on the Thomas Taylor bandwagon (although the entry on Thomas Taylor in her Theosophical Glossary is from Kenneth MacKenzie and is not very good, he didn’t perform animal sacrifices):
The Eleusinian and Bacchic Mysteries: A Dissertation  (1876)
by Thomas Taylor , Alexander Wilder , Albert Leighton Rawson https://onlinebooks.library.upenn.edu/webbin/book/lookupid?key=ha001392221


In his letters, Wilder often discusses his translation of Iamblichus’ On the Mysteries, an important mystical text that he worked on sporadically for thirty years and sadly, was not published in book form in his lifetime. Presumably he left the copyrights and manuscript with Edmund Whipple. In his letters, we see that Blavatsky encouraged him with this work and Olcott offered to publish it:
Theurgia, Or, The Egyptian Mysteries
by Iamblichus , Alexander Wilder Publication date 1911 Publisher W. Rider & son ltd .; Metaphysical Pub. Co
https://archive.org/details/theurgiaoregypt00wildgoog/page/n8

This nice edition presents both the Wilder and Thomas Taylor translations side-by-side:
On the mysteries =​ De mysteriis Aegyptiorum /​
Iamblichus of Chalcis ; edited by Stephen Ronan with the translations of Thomas Taylor &​ Alexander Wilder ; together with two extracts from lost works of Proclus, On the sacred art &​ On the signs of divine possession. Hastings, E. Sussex, England : Chthonios Books, 1989.

Iamblichus’ Exhortation to Philosophy is part of his ten-volume neo-Pythagorism project, of which four volumes have come down to us. Johnson did a nice translation, which was later reprinted by David Fideler’s Phanes Press:
Iamblichus' Exhortation to the Study of Philosophy (1908):
Phanes Press, 1988 - Philosophy - 128 pages https://books.google.ca/books/about/Iamblichus_the_exhortation_to_philosophy.html?id=N3AEAQAAIAAJ&redir_esc=y


There’s a whole blog devoted to this work (a new edition is due to appear in 2020): http://blog.protrepticus.info/2016/07/the-first-english-translation-of.html


Johnson also did a translation of Proclus’ Elements of Theology. This is a very influential philosophical work. An Arabic version was known as the Liber de Causis (the Book of Causes) of Aristotle. It was translated into Latin and Thomas Aquinas wrote a commentary on it. E. R. Dodds did a landmark translation of the work in 1934, setting a standard for thorough  manuscript research, although his translation is a little quirky, making Johnson’s translation still relevant:
Metaphysical elements (1909)
by Proclus, ca. 410-485; Johnson, Thomas M
https://archive.org/details/metaphysicalelem00procuoft/page/n3