Around the time Blavatsky News was re-launched, an important international academic research project was happening, Enchanted Modernities, an ambitious, ground-breaking historical exploration of the influence of the theosophical movement on the arts, with major art exhibitions, conferences and musical events. For various reasons, we did not give it much coverage, despite the fact that I even attended an event in Montreal, which was well-received. As I do think that this was a remarkable undertaking in many ways, that is bound to have a positive impact on the theosophical movement for some time, I now rectify my oversight by filing a long overdue report. Enchanted Modernities is presumably a take on William James’ account of the disenchantment of the world that modernity has occasioned, Enchanted Modernities being therefore a corrective aiming at showing how esoteric currents continued to bring forms of enchantment durign the rapid modernization of the 20th century, perhaps opening the door for post-modern trends.

The origin of Enchanted Modernities

In 2014, the ground-breaking exhibition Enchanted Modernities charted the way Blavatsky’s Theosophy impacted the art of the American mid-West, influencing such artists as Agnes Pelton, Gordon Onslow Ford and Beatrice Wood. In this interview the editors Sarah V. Turner, Christopher M. Scheer & James G. Mansell  discuss the origins of the project – now a major book – with FULGUR’s Ellen Hausner.
And we kind of decided after talking as a group that we should have a one day symposium at Liverpool Hope, which is really I think what we could say was the beginning of this project: organising it together, inviting people from around the world who were also looking at the influence of Theosophy in the arts to present on that day. And one of the outcomes of that day after discussion with participants was the need to see if we could create a network with the work we were doing and the connections we were making—and so we applied for a Leverhulme networking grant. We were lucky enough to be successful in getting a networking grant from the Leverhulme, and that brought a number of universities and scholars who were working in the area of Theosophy and the arts together to pursue a proposed three-year slate of activities around the world.
https://fulgur.co.uk/enchanted-modernities-interview/

The project is delivering a range of internationally-significant outcomes including:
https://hoaportal.york.ac.uk/hoaportal/enchanted-modernities-index-project.jsp

Theosophy and the Society in the Public Eye

The Story of Count Prozor
Marty Bax – the Netherlands April 11, 2020

On January 1, 1915, the Theosophical Society registered its 57,762-nd. member at the headquarters in Adyar, India. The popularity of the Society had increased immensely. More people joined the society in the 1910s than in the 30-year period 1875-1905.
A list of those members includes a colorful bunch of people: Karl Wolfskehl, Piet Mondrian, Jiddu Krishnamurti, Christian Morgenstern, Fritz von Herzmanovsky, Ada Fuller, Emily Lutyens, Ely Star, Ananda Coomaraswamy, Marie Langen-von Strachwitz, Countess Maria Radziwill, Henri Soubeyran de Saint-Prix, and Prince Mohamed Riza Khan. Behind every name is a story, sometimes with a surprising twist.
https://theosophyart.org/2020/04/11/theosophy-and-the-society-in-the-public-eye/ 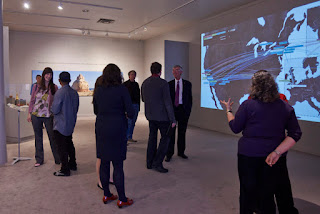 Theosophy and the Arts: Texts and Contexts of Modern Enchantment

Friday, October 9, 2015 - Saturday, October 10, 2015
This is the second conference of the international research network Enchanted Modernities: Theosophy, Modernism and the Arts, c.1875-1960 funded by the Leverhulme Trust. The Network’s first conference, ‘Enchanted Modernities: Theosophy and the Arts in the Modern World’ held at the University of Amsterdam in 2013, mapped Theosophy’s varied influence on painting, sculpture, applied and decorative arts, music, architecture and other art forms in the period c.1875-1960. It focused on the translation of Theosophical ideas, especially those of key figures in the Theosophical Society in this period, such as Helena Petrovna Blavatsky and Annie Besant, into material, visual, and audible form.
http://heymancenter.org/events/enchanted-modernities-theosophy-modernism-the-arts/