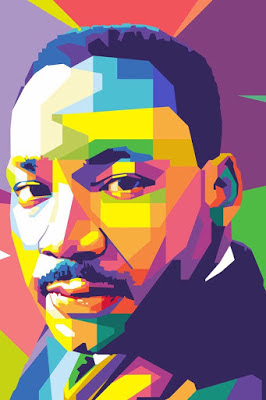 You Say You Want a Revolution—in Consciousness?


Martin Luther King tapped into a mystical East-West lineage, one that can guide us in divisive times

Gandhi, Blavatsky and King shared a common root: Transcendentalism. Gandhi admitted that “Thoreau’s ideas greatly influenced [his] movement in India.”[7] In April 1959, Reverend King made a long-awaited pilgrimage to that country where he hoped to learn more about Mahatma Gandhi’s use of non-violence in his own civil rights battle against the British Empire. After leaving India, King’s interest in this kind of revolution became an irrepressible passion. His clear decision to employ “non-violent resistance to oppression” would not only keep him emotionally nurtured during the personal struggles that followed, but also lay a crystal clear guideline for the hundreds of thousands of informal followers he would attract.
https://medium.com/@cwnaughton33/you-say-you-want-a-revolution-in-consciousness-b83958b88dff

Marianne Williamson and the religion of "spirituality"
Williamson unapologetically infuses her interest in spirituality into her political campaigning
Galen Watts
October 10, 2019 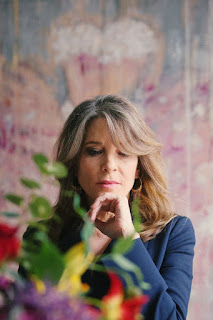 In "Spiritual but not Religious: Understanding Unchurched America," religious historian Robert Fuller sheds light on the various metaphysical movements that emerged in the 18th and 19th centuries in America.
These include Swedenborgism, Transcendentalism, Spiritualism, Mesmerism, Theosophy and New Thought, each of which — despite being relatively unknown to most people — have significantly shaped the “spiritual but not religious” trend.
These movements were certainly theologically different, but nevertheless, like Williamson and her followers, they postulated the existence of unseen forces and championed the importance of both mystical experiences and individual freedom. If channelled appropriately, those forces could purportedly lead to self-empowerment.
Schmidt observes that many of the leaders and spokespeople of these movements were ahead of their time, both socially and politically.
For instance, Margaret Fuller, an early Transcendentalist and confessed mystic, was also a staunch advocate for women’s rights in the early 19th century. So was Elizabeth Cady Stanton, a women’s suffrage activist who sought to claim the privilege of autonomy for the female sex in The Woman’s Bible , published in 1895.
https://www.salon.com/2019/10/09/marianne-williamson-and-the-religion-of-spirituality_partner/

Suffragettes, Gnostics, and the Divine Feminine
October 5, 2018 by Philip Jenkins
Theosophical works had a special appeal to feminist thinkers, who found validation for ideas about women’s suppressed role in early Christianity. Many of the leading occult thinkers in this vein were women, including Helena Blavatsky, Annie Besant, and Anna Kingsford. Feminist Bible criticism dates from the 1890s, with the appearance of Elizabeth Cady Stanton’s Woman’s Bible (1895). While it did not seek to revise the scriptural text, the Woman’s Bible offered a thorough-going feminist commentary that pointed out the inconsistencies in Scripture, and stressed the egalitarian nature of Jesus’ teachings.
Other Victorian women, however, took more extreme positions than Stanton, feeling that Christianity was too closely related to patriarchy to be worth saving in anything like its present form. This was the message of Matilda Joslyn Gage’s Woman, Church and State (1893), which argued that ancient society was obviously matriarchal in nature. Gage was also an early adherent of the Theosophical Society, an association that she described as the “crown blessing” of her life. One of her recruits into the movement was her son-in-law L. Frank Baum, author of The Wizard of Oz, among many other titles.

What a Forgotten 19th Century Suffragist Can Teach Us About Women’s Rights vs. The Religious Right
By S. Brent Rodriguez Plate March 8, 2017
If America is currently being “taken back” and made “great again” we seem to be landing somewhere in the late 19th century. It’s easy to say that great strides have been made toward racial and gender equality in the last 150 years, yet one can’t help being struck by the parallel discourse surrounding human rights between then and now. Nowhere is this more evident than in the battles between women’s rights and the religious right. And nowhere is it more clear than in reviewing the works of Matilda Joslyn Gage.

It’s not the bible per se that is the problem, but the interpretation of it, and she appealed to the Protestant principle of individual scripture interpretation: the priesthood of all believers extends to women, who should “be guided by her own reason.” She plays Protestantism against itself to find new approaches to the ancient myths. At the same time the new religious movements of Spiritualism and Theosophy, both founded by women, gave her new channels to understand a revived sense of the sacred.
https://religiondispatches.org/what-a-forgotten-19th-century-suffragist-can-teach-us-about-womens-rights-vs-the-religious-right/
for a good general bibiliography of the American 19th century Feminism-Theosophy connection see:
http://wlh-wiki.law.stanford.edu/index.php/The_Woman%27s_National_Liberal_Union_Convention