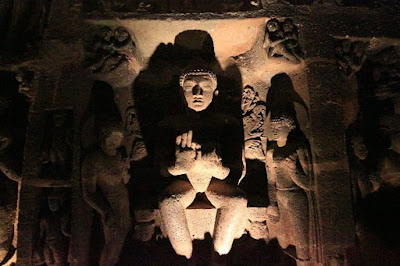 Sri Lanka, ambassador for Buddhism over the years
Randima Attygalle - Sunday, May 07, 2017
The establishment of the Buddhist Theosophical Society of Ceylon by Colonel Henry Olcott and Madame Blavatsky was a turning point as this became a voice for the Sinhala Buddhists. “Since the architects of this society and later their follower, Anagarika Dharmapala were fluent English speakers, they could lobby for the Buddhist interests in this country, by being heard by the British rulers,” says the scholar who cites the feats such as gaining recognition for Vesak as a national holiday for the first time and creating a Buddhist flag, facilitated by this forum.
http://www.sundaytimes.lk/170507/plus/sri-lanka-ambassador-for-buddhism-over-the-years-239091.html
Critical discussion of Dharmapala biography:
Anagarika Dharmapala Revisited
Charles Ponnuthurai Sarvan - May 11 2017
https://www.colombotelegraph.com/index.php/anagarika-dharmapala-revisited/
Science and religion in theosophy
Sri-Aurobindo  - 12th April 2017
The Theosophical Society was the first body of inquirers which started with the set & clear profession of bringing out this great mass of ancient truth into public notice and establishing it in public belief. Instead of bringing them out into public notice they have withdrawn them into the shrouded secrecy of the Esoteric society; instead of establishing them to public belief.
http://www.newindianexpress.com/cities/bengaluru/2017/apr/12/science-and-religion-in-theosophy-1592924.html
Forgotten American Religion Finds Home in India: Selective Consciousness and Increased Awareness at the Theosophical Society in Pune
04/14/2017 -  Michael Hall,
Some occult groups, such as the Ecclesia Gnostica Catholica (E.G.C.), traced their roots to a Gnostic form of Catholicism, while the most popular occult movement, the Theosophical Society, combined Western and Eastern tantric traditions.
http://www.huffingtonpost.com/entry/forgotten-american-religion-finds-home-in-india-selective_us_58f11a95e4b0156697224f01
Posted by Mark Casady at 09:43