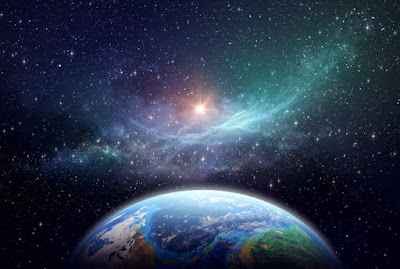 Looking at some of Blavatsky’s writings on the topic of epidemics, I came across at least four pieces, which touch upon four different discussions of possible causes, making for a complex task of summarizing her views. One notices first of all, how closely she followed contemporary scientific discussions. Secondly, her occult explanations can be broadly described as a holistic cosmic-psychic-chemical perspective where human life is intimately connected with astronomical activity which affects the earth through diverse subtle channels.

Thus if science cannot explain the cause of this physical influence, what can she know of the moral and occult influences that may be exercised by the celestial bodies on men and their destiny; and why contradict that which it is impossible for her to prove false? If certain aspects of the moon effect tangible results so familiar in the experience of men throughout all time, what violence are we doing to logic in assuming the possibility that a certain combination of sidereal influences may also be more or less potential?

Interestingly, she also refers to two Jupiter-Saturn conjunctions, the one in 1881 having major consequences, and another in 1563, where a ''terrible plague broke out and raged in all Europe, carrying off thousands upon thousands of victims.''

Once the probability, or even the simple possibility, of an occult influence exercised by the stars upon the destiny of man admitted—and why should the fact appear more improbable in the case of stars and man than in that of the sunspots and potatoes?—and astrology becomes no less an exact science than astronomy. The earth, Prof. Balfour Stewart, F.R.S., tells us—“is very seriously affected by what takes place in the sun” . . . a connection is strongly suspected “between epidemics and the appearance of the sun’s surface.”*

Too numerous interments within a limited space and a comparatively short time saturate the earth with the products of decomposition to such a degree, as to make it incapable of further absorbing them, and the decomposition under such a condition being retarded its products escape directly into the atmosphere, bringing on epidemic diseases and plagues. “Let the dead bury their dead”—were wise words, though to this day no theologian seems to have understood their real and profound meaning. There were no funeral rites or ceremonies at the death of either Zoroaster, Moses, or Buddha, beyond the simple putting out of the way of the living the corpses of them who had gone before.

It is not asserted for the first time now that all such mysterious epidemics as the present influenza are due to an abnormal exuberance of ozone in the air. Several physicians and chemists of note have so far agreed with the occultists, as to admit that the tasteless, colourless and inodorous gas known as oxygen—“the life-supporter” of all that lives and breathes—does get at times into family difficulties with its colleagues and brothers, when it tries to get over their heads in volume and weight, and becomes heavier than is its wont. In short—oxygen becomes ozone.

The theosophists also assert that this microbe theory obtains in the mental and moral spheres, and that epidemics of a moral character may break out among men, causing sudden changes of character in persons who before that were very discreet. The French revolution, in which rivers of blood ran, was brought to its awful pitch by the sudden increase of mental microbes, which produce moral disease sweeping over vast numbers of men.

William Q. Judge of Brooklyn Tells of the Microbe Theory, The Brooklyn Eagle, 1892

Interestingly, all of these theories have given rise to more modern research, for example :

Email ThisBlogThis!Share to TwitterShare to FacebookShare to Pinterest
Labels: Science