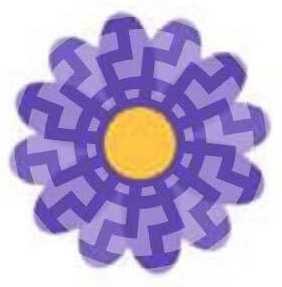 If I had to read every strange conspiracy theory article that mentions Blavatsky and Nazism, I would probably go a little batty. Nonetheless, 2017 saw a lot of these notions appear in more mainstream platforms, so here is a sampling of some the debates that are currently out there. The truth is out there. Trust no one.


A good article on mystical influences in US politics
Steve Bannon and the occult: The right wing’s long, strange love affair with New Age mysticism
Mitch Horowitz - Apr 23, 2017
Generations of occult writers echoed Blavatsky’s theme of America as a Holy Grail among nations, possessed of a “secret destiny,” as Manly P. Hall put it, and thus married esoteric spirituality to patriotic ideals. This partnership has flourished out of view of most mainstream observers—and significantly impacted American culture, including the look of our currency.
https://boingboing.net/2017/04/24/steve-bannon-digs-the-occult.html

An article on Julius Evola :
Meet The Philosopher Who’s A Favorite Of Steve Bannon And Mussolini
Jake Romm - February 10, 2017
http://forward.com/culture/362872/meet-the-philosopher-whos-a-favorite-of-steve-bannon-and-mussolini/
Article contends Blavatsky supported Darwin, whereas she was actually highly critical of his racial theories:
THE REAL RACISTS
The true leftist identity of the so-called 'far right'
Exclusive: Scott Lively stresses Darwin's role in legitimizing 'Aryan supremacy'
08/28/2017
http://www.wnd.com/2017/08/the-true-leftist-identity-of-the-so-called-far-right/#ZCPpEmCSxaOPT8lw.99
We don't really know what Tony Hovater thinks of Blavatsky, because the reporter openly admits to not having asked him:
Racists Are Threatening to Take Over Paganism
Blavatskys work is also admired by modern racists like Tony Hovater, the Nazi sympathizer next door,”who was profiled by the New York Times in 2017 and worked as an organizer for the recently disbanded Traditionalist Worker Party.
https://www.vice.com/en_us/article/59kq93/racists-are-threatening-to-take-over-paganism
Catholic Review of Kurlander book:
We should never forget the Nazis sinister occult roots
Francis Phillips -Tuesday, 22 Aug 2017
http://catholicherald.co.uk/commentandblogs/2017/08/22/we-should-never-forget-the-nazis-sinister-occult-roots/
Christian Fundamentalist article on new age spirituality and Nazism. The passage on Blavatsky is incorrect:
The Blood of the Saints
Ray Yungen May 11, 2017
http://www.lighthousetrailsresearch.com/blog/?p=22672
Strange Christian Fundamentalist conspiracy theory quoting from Isis Unveiled:
A BUDAFUL FLOWER…OR SOMETHING MORE SINISTER? DO YOU TRUST FACEBOOK?
May 13, 2017 Dianne Marshall
https://themarshallreport.wordpress.com/2017/05/13/a-budaful-flower-or-something-more-sinister-do-you-trust-facebook/
Posted by Mark Casady at 15:50