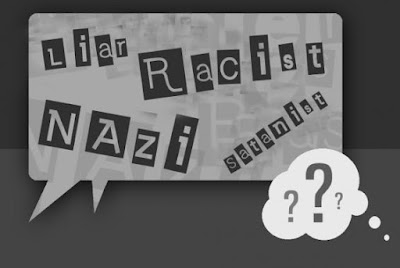 The occult and politics relation is a theme that has garnered quite an interest lately and so Blavatsky's name comes up in this context. Fortunately, Blavatsky has her defenders, who are capable of giving well-researched, articulate and thoughtful responses, thank you very much:
SCHOCKING NEW CAMPAIGN AGAINST THEOSOPHY?
Steven Otto - October 2017
Roy Eckardt (leading scholar of Christian-Jewish relations and former chairman emeritus of religion studies at Lehigh University in Bethlehem) has asserted that the foundation of antisemitism and responsibility for the Holocaust lies ultimately in the New Testament, That's a truth we don't read about, but from such horrific and stupid lies, that the Third Reich was an occult or pagan state and that Theosophy, a doctrine of philanthropy, common sense, unity, was a base of such a contemptible system.
http://www.soehne-des-feuers.de/nachrichten/theosophy-news-worldwide-3rd-quarter-2017-339.html
Here’s an older article, very good:
Liar, Racist, Antisemite, Satanist and Nazi!
Steven Otto
http://www.soehne-des-feuers.de/blogeintraege/steven-otto/liar-racist-antisemite-satanist-and-nazi-199.html
Good basic overview of the question:
From the Editor's Desk: Was H.P. Blavatsky a Nazi?
Printed in the Summer issue of Quest magazine. 2015
In any event, neither HPB nor her followers have ever, to my knowledge, taught or practiced racial discrimination. As we've just seen, she herself rejected the notion of superior and inferior races. And the Society's First Object is "to form a nucleus of the universal brotherhood of humanity, without distinction of race, creed, sex, caste, or color" an ideal that Theosophy, as far I can see, has always tried to fulfill. Neither Blavatsky nor Theosophy is above criticism. No one is. But they are entitled to an appraisal that is fair and honest. To call them racist is neither.
Citation: Smoley, Richard."From the Editor’s Desk: Was H.P. Blavatsky a Nazi?" Quest 103.3 (Summer 2015): pg. 82.
https://www.theosophical.org/publications/quest-magazine/3613
Former Academician Theosophical now American Minervan does not shy away from these questions:
New York Times Profiles Tony Hovater: H.P. Blavatsky, an Anti-Semitic influence on Nazis?
Dominique Johnson - 19 Dec. 2017
Researchers not familiar with Theosophical History are most likely to check for sources likely in such places, despite those sources admitting that “spirit guides” exist, by claiming H.P. Blavatsky was a mere medium, madwoman, or both. Historian, Ronald Hutton described Blavatsky as “one of the century’s truly international figures,” whose ideas gained “considerable popularity.”
https://theamericanminvra.com/2017/12/19/new-york-times-profiles-tony-hovater-h-p-blavatsky-an-anti-semitic-influence-on-nazis/
Theosophy, Aryans and Zurvanism: Concerning Nazi Aryanism and Remnants of Indic Civilization
Dominique Johnson - 9 May 2018
“If to-morrow the continent of Europe were to disappear and other lands to re-emerge instead; and if the African tribes were to separate and scatter on the face of the earth, it is they who, in about a hundred thousand years hence, would form the bulk of the civilized nations. And it is the descendants of those of our highly cultured nations, who might have survived on some one island, without any means of crossing the new seas, that would fall back into a state of relative savagery. Thus the reason given for dividing humanity into SUPERIOR and INFERIOR races falls to the ground and becomes a fallacy.” (Helena P. Blavatsky, The Secret Doctrine, Vol. 2, p. 425)
https://theamericanminvra.com/2018/05/09/theosophy-aryans-and-zurvanism-nazi-aryanism-theory/
Adolf Hitler’s Religion and Ideological Influences in National Socialism
Dominique Johnson  - May 22 2018
https://theamericanminvra.com/2018/05/22/adolf-hitlers-religion-and-ideological-influences-in-national-socialism/
Fascism and the Occult: Is There a Connection?
Mitch Horowitz - November 2 2016
Blavatsky’s Theosophical Society combined the symbol with other religious images – including the Egyptian ankh, the star of the David, and the Sanskrit character “om” – to design its organizational insignia. For Theosophy, the swastika represented karma and rebirth; its inclusion among the other symbols was intended to express the unity of all faiths.
http://www.unboundworlds.com/2016/11/fascism-occult-connection/
check out the nice online support for this piece:
Gary Lachman: There's absolutely no evidence that HPB was fascist - in fact, fascism as a political movement didn't exist during her lifetime. There is absolutely no evidence that she in any way nurtured or abetted the rise of Nazism. As Mitch makes clear, some of her ideas were misappropriated by some racial minded 'occultists' and mythographers and used for dubious purposes. But she had as much to do with this as Jesus had with the Inquisition - and readers of The Brothers Karamazov know that if Jesus came back during the Inquisition, he would have been burned at the stake. HPB here suffered the same fate as Nietzsche, another architect of the modern world whose ideas were misappropriated by the Nazis - who soon dropped him when it was clear that reading him would turn young Germans against the Fuhrer. There is evidence that HPB was progressive-minded, not conservative, and I suspect that the only reason she has not been appropriated by feminists is because of the occult connection. She was democratic by nature - unlike Crowley - abjuring her aristocratic inheritance and embracing a variety of people of all walks and ways of life. Unlike H P Lovecraft, who wrote dismissively of Theosophy, she was in no way racist, living happily among the Jews, Italians, and other immigrants - of which she herself was one - on the Lower East Side that Lovecraft despised as he made his way among them during his few years in NYC.
https://www.facebook.com/mitch.horowitz.1/posts/10154180184206701
Article on the history of the Swastika:
Stop the outrage: India doesn’t have a monopoly on the symbol used to protest Modi’s UK visit – Ranjit Hoskote – November 15, 2015
Another source for the revival of the swastika in European popular culture was the Theosophical Society, established in 1875 by Helena Blavatsky, Colonel Olcott, and William Quan Judge. The Theosophists generated a persuasive world religion compounded from Hindu and Buddhist ideas, as well as occultist and utopian themes that they distilled from the fertile and febrile neo-religious imagination of late 19th-century Europe and North America. At its highest point, Theosophy counted many thousands of individuals across the world among its believers, and with its transreligious appeal, seemed well placed to rival the more established forms of belief.
http://scroll.in/article/769058/stop-the-outrage-india-doesnt-have-a-monopoly-on-the-symbol-used-to-protest-modis-uk-visit

Was Blavatsky a plagiarist and devil-worshipping racist? March 20 2017
When, just before her death, Blavatsky was asked to write a book in question and answer format that would answer the many occult and philosophical questions put to her over the years, her followers suggested that she adopt the title 'Master' for her answers. She was both horrified and angered in equal measure by this suggestion, for she had never claimed to be anything more than a student of the Mysteries she taught. Nor would she accept the accreditation 'teacher' either, much less 'guru'. Finally, it was agreed that she be identified simply by the word 'Theosophist' and her questioner as 'Enquirer' as you may read in the published book—The Key to Theosophy. In the same book Blavatsky was asked: "What do you consider as due to humanity at large?" The answer she gave was: "Full recognition of equal rights and privileges for all, and without distinction of race, colour, social position, or birth (The Key to Theosophy p. 230-231). Are these the words of a plagiarist and devil-worshipping racist? You decide!
http://www.occult-mysteries.org/blavatsky-plagiarist.html