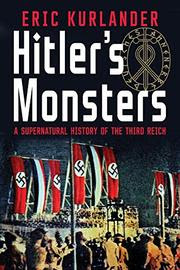 We will be wrapping up coverage of 2017 this month with a spate of material on Nazism and the occult and more on the 70th anniversary of Indian Independence. Kurlander’s book got considerable mainstream attention. Blavatsky, I think, due to the considerable rehabilitation of her reputation in the last 20 years (and the work of Goodrick-Carke), is treated fairly respectfully, considering the subject matter. Fortunately, Julian Strube gives a knowledgeable, accurate and insightful review, showing how more critical and nuanced current research is, and showing how the work, although having some interesting intuitions and some good research, simply relies too much on uncritical use of sources. More work could be done, for example in the early formative period of the ariosophical current when theosophists Hubbe-Schleiden and Franz Hartmann, were still active (following the solid pioneering study of Corinna Treitel in chapter four of her 2004 work, The Science of the Soul). Moreover, there is a need to examine Blavatsky’s writings more specifically, although the situation is improving. The rising interest in Nazism in the occult, should spur the need to improve the level of research in that area.


I having nothing to add , except to note Kurlander’s knowledge of Blavatsky is sketchy; sadly, a problem found among many scholars. He relies on inaccurate secondary sources and so just on page 15 one can point out at least two errors: she did not plagiarize Bulwer-Lytton and she did not use the term ‘Great White Brotherhood’.


Julian Strube
Book Reviews / Correspondences 5 (2017) 1–10
Eric Kurlander, Hitler’s Monsters: A Supernatural History of the Third Reich, New
Haven/London: Yale University Press 2017. ISBN: 9780300189452
Among the steady stream of publications devoted to the relationship between esotericism and National Socialism, Eric Kurlander’s study is one of the rare examples of a serious contribution to an old debate. It offers a most welcome critical perspective that sets it apart from the scholarship of recent decades, most significantly Nicholas Goodrick-Clarke’s The Occult Roots of Nazism (1985) and Corinna Treitel’s A Science for the Soul (2004). In contrast to these studies, which were highly cautious about claiming actual links between esotericism and National Socialism, Kurlander establishes the central argument that “National Socialism, even when critical of occultism, was more preoccupied by and indebted to a wide array of supernatural doctrines and esoteric practices than any mass political movement of the interwar period” (xiv).


However, it is exactly these strengths that make this study especially ambiguous, as the lines between solid research and the full spectrum of sensationalist, biased, and spurious literature are frequently blurred. These sources may be distinguishable for experts, but not necessarily for others, which makes their appearances at the core of a serious academic study particularly misleading.

A small sampling of some of the reviews, generally supporting the book without noting Strube's critiques:

Hitler’s Monsters: A Supernatural History of the Third Reich
Joseph Laycock
Journal of the American Academy of Religion, lfx082,
https://academic.oup.com/jaar/advance-article/doi/10.1093/jaarel/lfx082/4788654


Did Hitler’s obsession with the occult lose him the war?
Robert Carver June 2017
https://www.spectator.co.uk/2017/06/did-hitlers-obsession-with-the-occult-lose-him-the-war/


The Nazis Were Obsessed With Magic
Rebecca Onion August 2017
http://www.slate.com/articles/news_and_politics/history/2017/08/an_interview_with_historian_eric_kurlander_about_his_book_hitler_s_monsters.html